The spring has been a grueller, wherever I’ve been and whatever I’ve fished for has seen the same dismal result.  I’ve fished the club lake regularly as its ideal for short evening or morning sessions.  On every visit I’ve managed to find Carp and put my baits amongst them without spooking them off but I haven’t had so much as a take.  On a couple of occasions casts that seemed likely were retrieved to find debris on the hook.  It finally occurred to me that the winter of storms has certainly dumped all manner of twigs and crap on the bottom and I’d be far better off with a pop up rig.  I found some big fish in a bay two weeks ago but they were cruising round in circles and more likely to spawn than feed.  After a few days of hot weather the Carp did spawn this weekend, ripping up weedbeds in their usual boisterous manner.  Hopefully these fish will be fully spawned out and ready to feed when I next visit.

I haven’t fished the Marsh as often as I would have liked.  Spring is silly season on here when for some reason it gets very busy and choice of swims limited.  By June things usually settle down, I think some anglers move onto other clubs or syndicates while others get fed up with blanking and give up.  It finally dawned on me that I’ve caught close to bugger all here in early spring over the years.  I’ve always assumed it’s because I’m doing something badly wrong but it may be because it’s a deep water that takes a while to warm up. This weekend saw hot weather and an almost empty lake so Shelley and I loaded the car and headed off to the Marsh.  We arrived in mid-afternoon and had a look around, the first thing I noticed was the water level had risen again and the water had coloured up.  We found fish at the windward end of the lake, Carp cruising slowly with fins just breaking the surface, swim choice sorted.  I chucked a zig set just below the surface carefully towards the cruising fish, hopefully one would chance upon it.  A chod rig baited with a pop up was cast to the edge of the lilies and the area baited with pellets.  I used about a kilo in all, spraying a few pouches every hour or so throughout the session.  I also mixed up some groundbait laced with corn and hemp, this was dropped along the margin to my right and a pop up fake corn fished here. 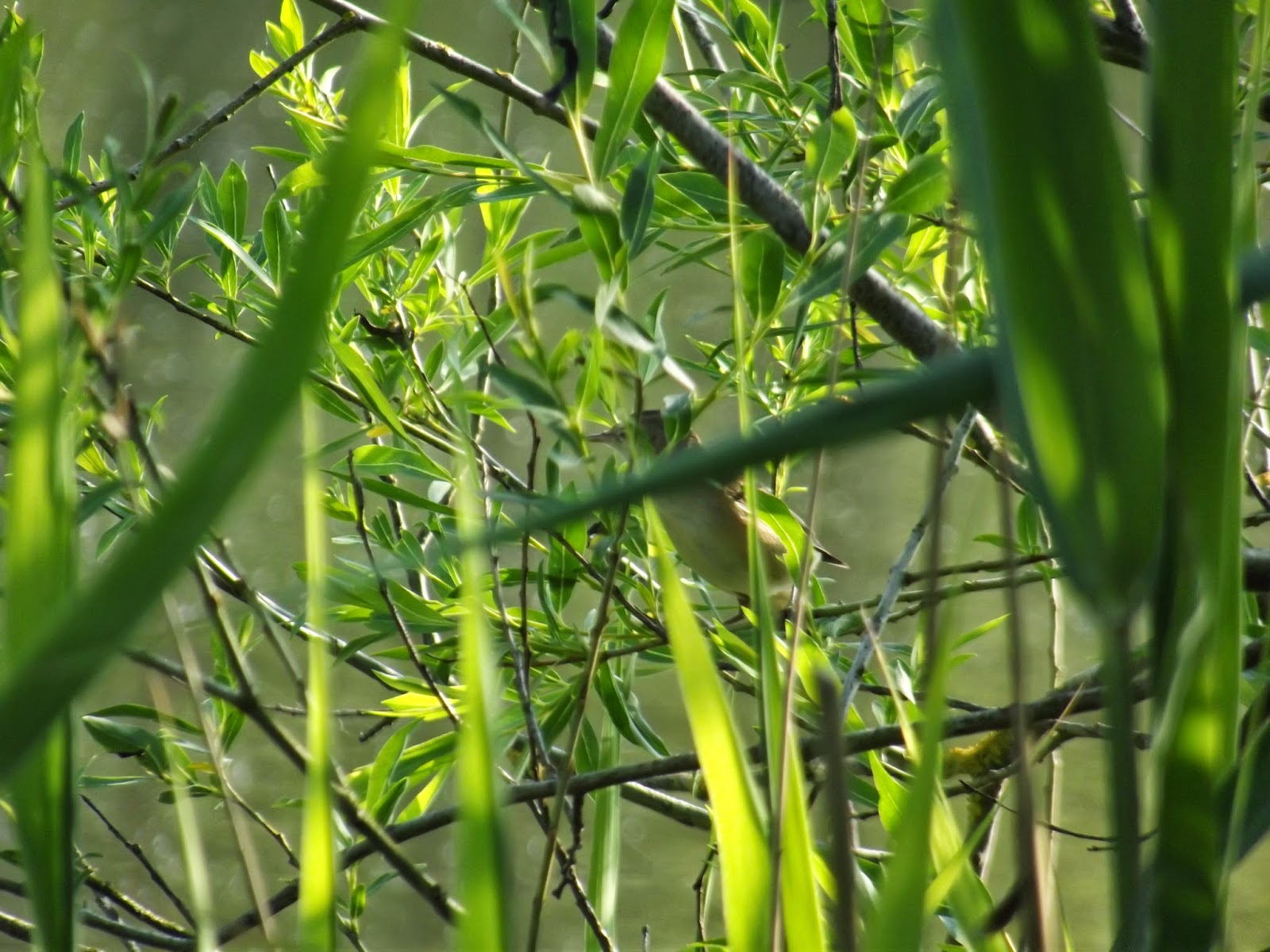 The evening deepened and the Carp had stopped their cruising but there were definitely fish rocking the lilies from time to time.  I replaced the zig with another boilie rod and this too was cast to the pads.  As the bats began to swoop we settled into the bivvy and I felt sure something would happen in the night.  Apart from a couple of Bream pulls, nothing did.  Around 0600 I recast the boilie rods and relaxed in my chair, there were a few fish bubbling from time to time but nothing like as many as normal and the early morning also passed fishless.  Despite the lack of fish we stayed on until lunch time, enjoying the first hot weekend of the year.  The fishing may have been difficult but it was a good weekend for wildlife.  I heard a Cuckoo for the first time this year and shown here are a few of the creatures that come close when you stay quiet in a wild and beautiful place.  All photos were taken whilst sat in my fishing chair. 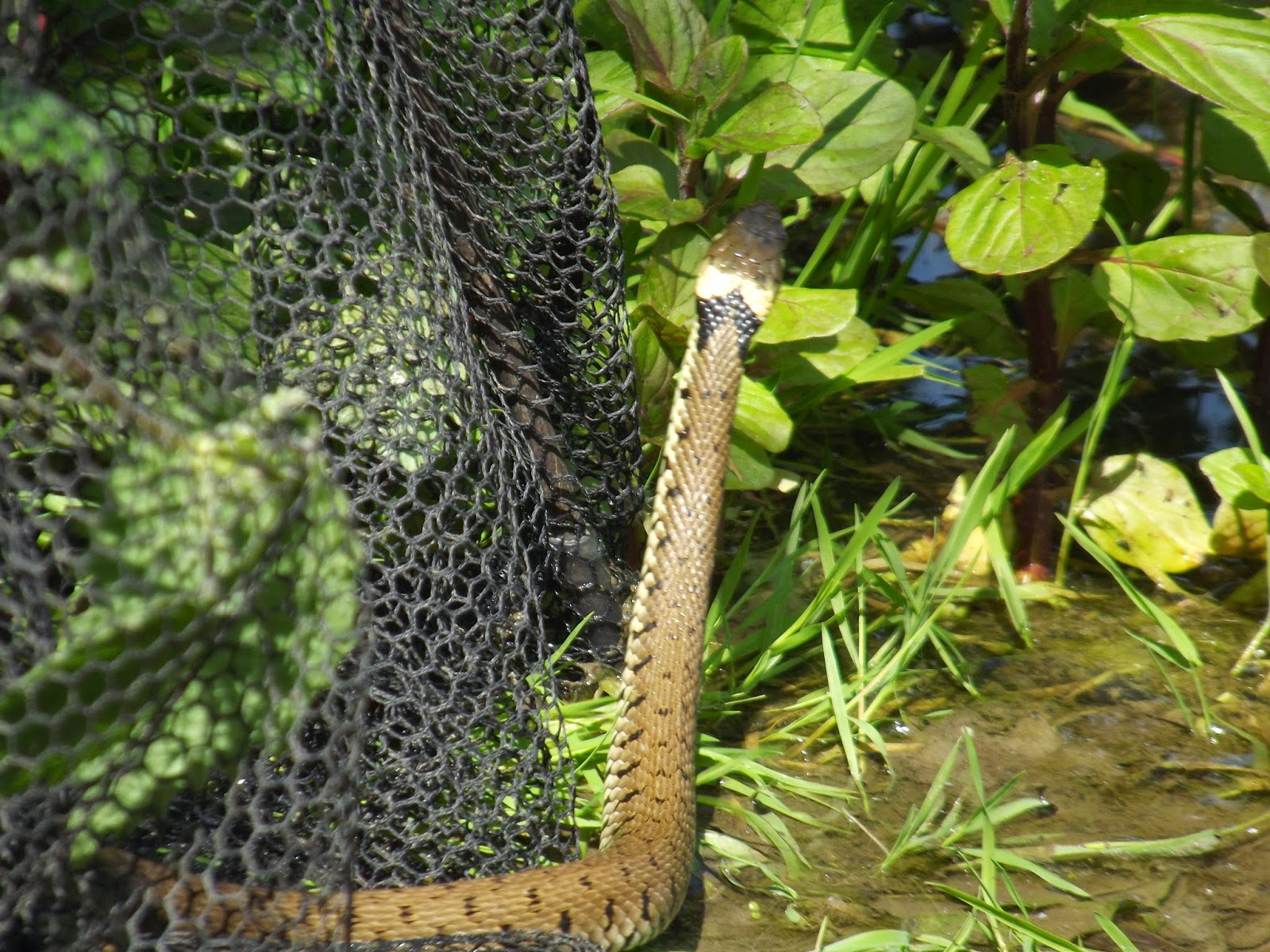 Several weeks without a fish had been messing with my head.  I needed to see the indicators moving so could no longer resist the allure of the puddle.  I arrived in the early evening to find the place thankfully quiet so I had plenty of choice of swims.  It didn’t take me long to find Carp, lots of them in a bay I’ve fished before so quickly began tackling up.  I dropped a helicopter rig next to an overhanging tree and began tying a hook onto a rod I intended to use for fishing floaters.  I’d hardly got this job done before the boilie rod rattled off, fish on… then off, hook pull.  Bugger!  Back out with that rod while I continued to feed floaters.  There were Carp slurping them down already.  I drilled an 11mm pellet then mounted it on a hair before dropping it amongst the slurps.


Twenty minutes or so passed and as usual the fish were taking all the floating pellets except the one with my hook in.  The hook pull on the boilie rod was playing on my mind too; the rig worked well last year but after weeks of blanking, doubts were setting in.  These were dispelled by another ripping take on the boilie and a small Common was in the net in no time.  Less than ten minutes later an almost identical Common made it fish number two and my confidence was restored.  I tweaked the floater rod too, removing the hair and mounting a 10mm boilie directly onto the shank of the size 10 hook.  Within minutes I had a proper take on the floater and another fish was on its way. And so it continued, regular takes on the boilie with the occasional Carp fooled by my floater.  At one point I had a rod in each hand playing a fish on each, somehow they both ended up in the net too.  The swim was snaggy so I had no choice but to play the fish hard and thankfully there were no more hook pulls.  Although I hadn’t managed to bank a fish in weeks, this was too easy and I soon became bored.  After two hours I’d managed seven Carp, I’d convinced myself that my rigs would do the trick and been reminded why I enjoy challenging fishing.  More of that soon…

Posted by Michael Hastings at 13:53 No comments: