Working my way around this blogger site I discovered how to add a second page.  What should I do with it?

Here are a few photos of my biggest fish (other than Pike), mostly caught before I started blogging.  As I've spent most of my fishing life chasing Pike I'm not particularly good at catching other species, something I've been trying to put right over the last few seasons. 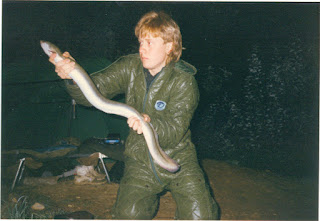 Caught in September 1987 when I still had hair, this Eel weighed 3lbs 9ozs and was the culmination of a few weeks fishing where I actually targeted Eels.  My friend Giles & I discovered one of our local pits held some big Eels and between us we managed to catch a couple.  Over 25 years have passed and I still haven't had a try at catching a bigger one, I've just never found the time.  The pit is still there but I bet no-one fishes for the Eels, maybe one day... 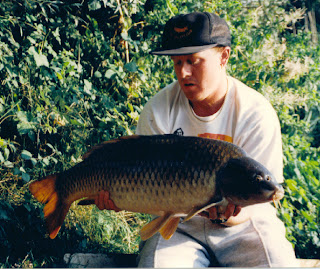 I used to love Carp fishing but in the early nineties I found I wasn't enjoying it any more.  I disliked the growing commercialism of the sport but most of all I hated fishing crowded waters.  This, my biggest Carp weighed 21lbs 12ozs and was caught from the famous Layer pit on August bank holiday of 1993.  The lake was so crowded that day that anglers were unloading their cars, walking a full circuit, then loading up again and going home.  I was fishing a quieter area and had fish stacked up in my swim, I can't exactly remember how many I caught that day but I'm sure it was ten or more and this was the biggest.  When I packed up it dawned on me I'd probably never have a day that good again and I've rarely fished for Carp since.  In recent seasons I have discovered it is possible to enjoy Carp fishing at the right water, on my own terms and in 2013 I'm aiming to beat this long standing PB. 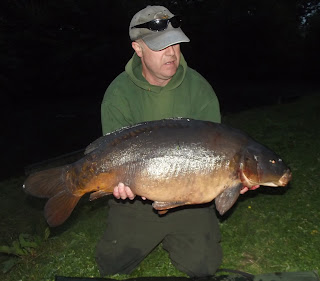 2013 was my best ever year for catching Carp.  First I nudged my PB up half a pound with a hard earned 22 1/4 pound Common from an old Mere.  A couple of weeks later I managed a brace of twenties; a Common of 20lbs 12ozs was followed by this big Mirror of 28lbs 14ozs during a short trip to a local pit.  This was one of those magic sessions as my children were with me and my daughter Madi netted both fish for me.  A couple of days later I managed another big common of 24lbs 11ozs, when your luck is in...
http://fishingsgreat.blogspot.co.uk/2013/08/like-buses.html
http://fishingsgreat.blogspot.co.uk/2013/09/on-rol 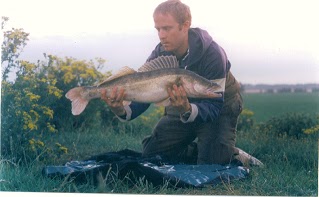 I began fishing the Fenland rivers and drains in the early nineties, targeting Pike but always with the hope of catching a Zander, which I often did.  By the end of that decade two of my regular fishing pals had caught double figure Zeds whilst Pike fishing in the winter.  When I gave up Carp fishing a little summer Zander fishing filled that gap nicely but a double figure fish alluded me.
In July 1999 I set up at a familiar swim on a favourite river, silver fish topped all over and things looked good.  As the light faded I caught two small schoolie Zander, a good start.  In the early hours of the morning my livebait roared off again and I struck into a better fish, surely this was my double?  No, it was another nine pounder but a good result none the less.  Just as the eastern sky began to lighten I had another take and hit another good fish, clearly bigger than the last she weighed 10lbs 7ozs and I had it at last!  I added another small Zed shortly after to end a memorable night with five fish. 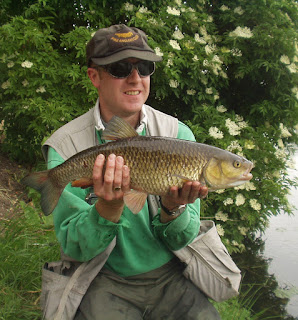 There has always been decent Chub fishing on my local river and when I was a youngster I often fished for them with some success but I never managed to get into the bigger ones, unless I fished for something else.  Over the years all my biggest Chub have been caught when I've targeted other species.  This one was caught  in June 2005 from a river on the edge of the fens on a Salmo Slider lure whilst fishing for Pike and it weighed 4lbs 10ozs.  My local river still holds bigger Chub than this, despite the attentions of Otters, but will I ever find time to try for them? 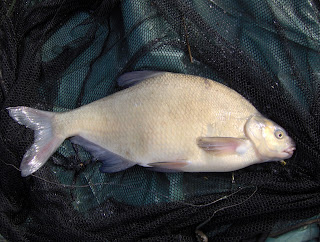 Bream are another species I was always hopeless with but unlike most others I have got a little better at catching them.  When a local commercial fishery started producing big ones it was too good an opportunity to miss, I had to have a go.  On my first attempt in April 2006 I managed to beat my PB three times in a six fish catch, all on method feeders and mini boilies, this one weighed 8lbs 4ozs 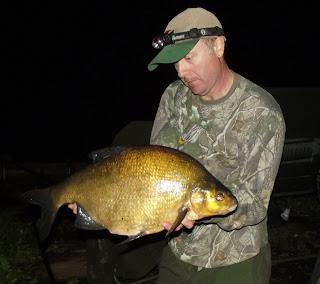 I managed to equal this PB in August 2014 with this fish which was one of three big Bream caught on boilies from the mysterious Suffolk Marsh;
http://fishingsgreat.blogspot.co.uk/2014/08/trying-to-beat-bertha.html 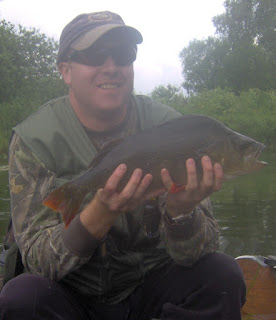 Big Perch are something else I've struggled with, if I fish specifically for them, all I catch is small Pike.  This one was a monster weighing 4lbs 2ozs and was caught on a 7" Salmo Skinner lure from a fenland river in June 2007.  At that time big Perch were relatively plentiful in that part of the world and this really inspired me to try and catch more big Perch with lighter gear and smaller lures...the result was more jack Pike... 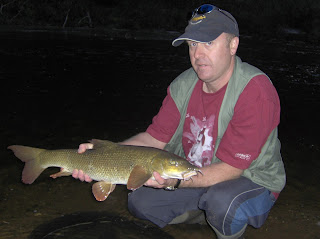 I have a good excuse for not being a prolific Barbel catcher as they're almost as rare as Burbot in this part of the world (stillwater Barbel don't count).  This one of around 4 1/2 pounds was the biggest of two caught on a holiday visit to a Wessex river in August 2010.  Swimfeeders, Hemp and pellets did the trick and it really is great fun!
http://fishingsgreat.blogspot.co.uk/2010/08/into-west.html 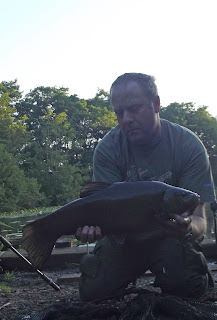 Despite being one of the first species I ever managed to catch by design, Tench are my nemesis.  When I was a Carp angler I couldn't stop catching them by accident but since I've tried to be a 'Tench angler' I've only had one sustained period of success at a gravel pit a decade ago.  My more recent shambolic attempts at Tench fishing have been well chronicled on this blog and this one of 6lbs 14ozs is one of my brief moments of success.  I'm sure I'll continue to fish for Tench for as long as I can hold a rod and one day I may even catch a really big one but whatever happens I'll enjoy the journey. 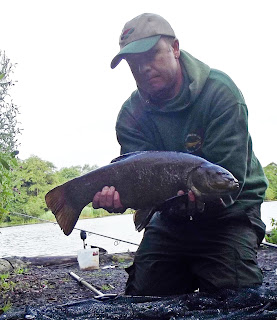 2013 saw me add a couple of ounces to my Tench PB with this Seven pounder caught during a short early morning session from a mysterious Suffolk lake.  This was my only Tench of the season which shows I still haven't got any better at catching them.
http://fishingsgreat.blogspot.co.uk/2013/07/click.html 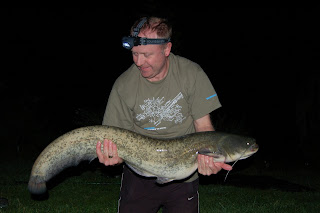 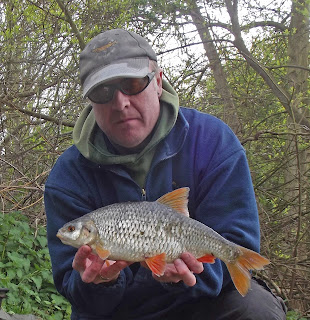 For many years the only times I fished for Roach it would be with the intention of putting them in a bucket and using them for bait.  This changed in the spring of 2016 when I stumbled across some exceptional Roach fishing at a local reservoir.  I beat my PB three times, the best fish being this one of 1lb 12ozs;
http://fishingsgreat.blogspot.co.uk/2016/05/two-out-of-two.html 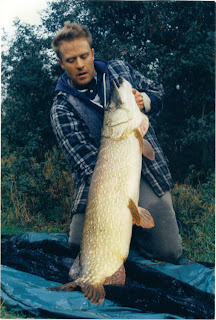