Reasons to be cheerful

I was feeling pissed off, angry and I couldn’t really put my finger on why?  But really it was just the usual reasons.  I’m just so used to these things boiling my piss that I failed to notice the intensity of these irritants had cranked up a notch or six over the last few days.

Reason one, our leaders.  Forget party politics, they are all bastards.  Forget party politics then it’s easier to see that the whole shitshow is fucked, it just doesn’t work for 90% of us.  Are they blind?  Stupid?  Or do they just not give a fuck?  The state of the planet renders the collision of “isms” irrelevant, Vote Greta.

Reason two, the great British public.  I wanted England to win, I really did but face it, Italy were better than us.  The way elements have behaved since is shameful and ironically we would have seen other people behaving even worse if we had won.  The Kiwi players and fans at Lords and around the world gave us a lesson in sportsmanship in 2019 and I was glad of their success earlier this year.  But cricket is far more cerebral all round.

Then combine both of the reasons above and I give you so called ‘Freedom day’.  Just fuck off.  Working with the great British public as I do, I can state that my experience leads me to believe that there are far too many fucking idiots at large for the lifting of restrictions to be anything other than brief window before another lockdown.  People do not socially distance, the habits of a lifetime take over and there are plenty who think that avoiding wearing a mask makes them clever.  Like the silly bastard who invited us to his bonfire party where we could all burn our masks, just one of all too many whingers.  These wankers fussing over a thin piece of fabric covering half their ugly faces for just a few minutes.  I’ll still be wearing mine, all day every day, for the foreseeable future.  Reasons for being pissed off, bastards and wankers, yes the culprits in both cases are almost all men. 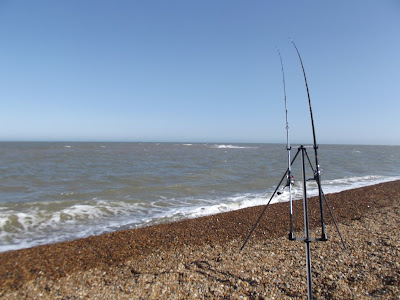 I needed to fish, needed fresh air, to clear my head…  Three in the afternoon, Giles and I are hiking along an embankment on unfamiliar soil heading for a spot that someone kind had recommended.  We assembled our kit on a steep beach but not the steep beach.  This one was an outer estuary a few miles from any area we’d tried before.  Half an hour later we were fishing, the water was building and high tide was due around 1700.  With the usual two rigs cast I sat back under the bright sunshine and let the cool north easterly fan me while I stared up at two rod tips.  All the bollocks that had been churning in my head melted away… 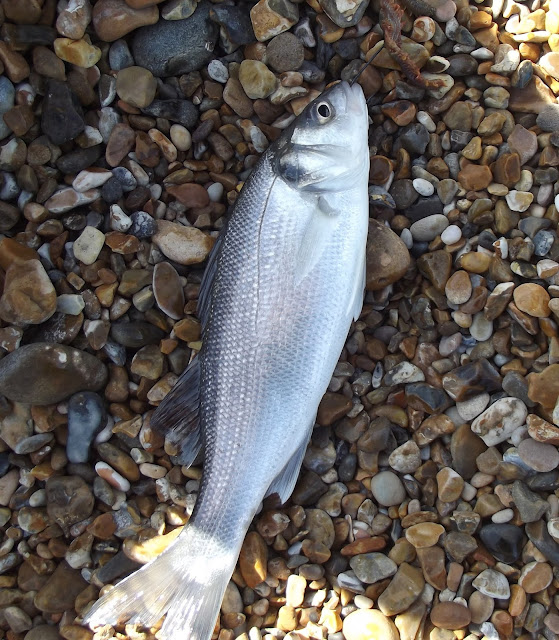 Then I was on my feet as a proper rattle had the light rod bouncing, I wound in a small Bass, silver, spikey and perfect which had fallen for rag on the running rig.  As the tide rose bites came to this rod at intervals, I added two more Bass and an Eel.  For the last month I think all of my fish have come to ragworm at close range, the big bait has consistently been left untouched.  Then would you believe it, an exciting moment when the big bait/big chuck went slack and I wound down to find some resistance but this was an anti-climax that was long, thin and slimy, another Eel.  Towards high tide the flood was slowly bouncing my long range rig to the left but slow enough so I felt/hoped the bait would be fishing effectively…  When the tide peaked the rig held and I was happy, content with my place on this earth on this Friday afternoon.  A beautiful vista away from the rat race, great company in comfortable weather, with the sound of shingle being thrown against shingle and two nodding rod tips.  Angling is a bloody silly sport really but what would we do without it?

Around 1730 the tip on the heavy rod sprung back.  As I scrambled to my feet it jagged down again… And again…  Something was definitely moving off with a lump of squid in its gob.  I wound down and pulled into something heavy and began to pump it back towards me but this thing didn’t want to come.  It thumped and throbbed and hauled the rod back down, I had to tighten the drag to get any line back.  For the next few minutes I really did play tug of war; something unseen would pull and bump the rod down, I began to pull back further and harder.  At one point it just went solid for a few seconds but steady pressure shifted it and the push & pull resumed.  Meanwhile Giles had sprung into action with a camera, recording me gurning with a bent rod.  Eventually there was colour in the shallows and with the next wave I managed to drag a bloody great big Ray onto the beach. 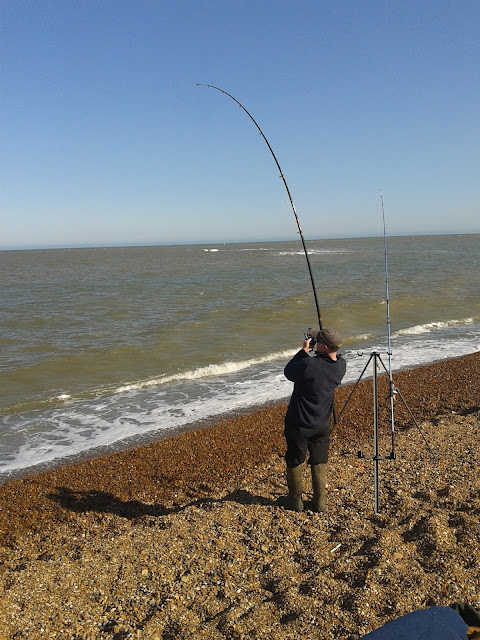 I thought it looked about the same size as the one I’d caught a couple of months ago but this one was much more vividly coloured.  In fact it was an awesome, beautiful creature which actually weighed a couple of pounds more and I was blown away.  I know these things exist around our coast (and actually get a bit bigger) but I never really believed I’d see one on the end of my line.  But back to the present, maybe we’d have a chance of another one? 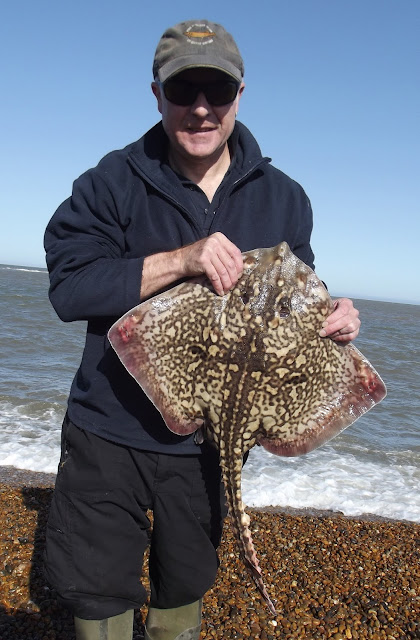 The next hour drifted by, I added another nice Bass and another slimy bloody Eel but despite fishing just a few yards away Giles hadn’t had one single bite.  As the tide started to ebb so the current became more and more powerful, in fact too powerful for us to cope with.  We decided to move along the beach to a spot slightly sheltered by a ‘point’ of sorts and this was a slight improvement.  Although our close range rods were fishing effectively we couldn’t get our heavy set ups to hold at any kind of distance.  I did manage one bite on squid shortly after we’d moved but this was yet another slimy rig mangler.  We stayed fishing until the light faded, the receding tide revealed much and yet again we had learnt a great deal.  We hiked back needing head torches to light the way on a tricky path, no thoughts of what goes on in the real world were polluting my mind just reasons to be cheerful.

Posted by Michael Hastings at 14:44