My friend Rich is a keen summer carper and has lent me a few carpy books over the years.  In particular Dave Lane's two books are as good as anecdotal writing gets.  An old favourite of mine is Rod Hutchinson's "The Carp strikes back" which surely was an inspiration to a teenage carper and once again features superb anecdotal writing.  It is said that Rod isn't in the.. "best of health" these days and his last book was published in 2010.  This book is called "Carp Inspirations" and Rich recommended a chapter on weather conditions, so with a diminished reading pile at the time I ended up reading the whole thing.

The book is not Rod's usual brutally honest "fishing stories..." type of thing but more of a technical piece about how he goes about his fishing after a lifetime of experience.  The title comes from the guest chapters throughout the book which are written by anglers who have inspired Rod to chase Carp all over the globe.

The book opens with a great chapter by Walker's cohort Maurice Ingham and followed by another member of the Carp catchers club.; Fred J. Taylor.  Both are really interesting covering the early days of specialist carp fishing.  This is followed by Jim Gibbinson talking about his pioneering winter fishing and this is another really good chapter by another author who inspired me as a youngster.  Fred Wilton's original articles on his high protein bait theories are really good too, I'd never read these before.  I bet he didn't have a scooby doo how lucrative his ideas would be for others.

A little deeper into the book, Lee Jackson writes about plastic baits and although I know they work I can't get my head around Lee's take on why.  Len Middleton's original article about 'the Hair rig' is reproduced and this was another i'd missed first time around.  Alan Smith writes a sensible chapter about weed fishing, good commonsense stuff.

Towards the end there is a chapter on Carp leaping by Albert Romp which didn't convince me and there are two chapters by old school angler Brian Mills.  The first is about the neglected art of float fishing for big carp, something I know works but definitely don't do enough.  The next is about weather conditions and is the reason for Rich lending me the book.  It's pretty good and makes sense to me and sits alongside pieces written by Barrie Rickards.

Obviously Rod Hutchinson himself writes his share and his chapters cover just about everything you'd expect in a book on carp fishing.  Rod's use of particle baits was groundbreaking at the time and he was one of the first players in the bait trade.  All told there was a bit too much about bait for my liking, all the theorising and experimenting was great at the time but now we just have to pick up a bag.  There was loads of good sense though, Rod can break through the bullshit of carp fishing and simplify things.  The theme throughout is a little bit more thought and going against the grain will catch you more fish.  this applies to all types of angling at times.   Rod Hutchinson is much better at telling stories than writing a 'how to' types of books and it does get a bit jumbled at times.  For an occasional carp angler this book was OK but not great.


Talking of fishy writing I got my hands on a 'Special edition' of the forthcoming "CATCH CULT" magazine.  Why me?  Because I've written something for the mag and I'm really proud to see it in there.  Don't let that put you off though, there are excellent articles covering the whole specialist angling scene (even carp), my favourites being Richard Wesley's article on Perch fishing and Danny Taylor's brilliant story of a night of urban Eel fishing.  Theo's pitch is a great diary piece from an experienced and successful angler and lookout for Mr Crabmeat, a future Icon in the making.  CATCH CULT is different to the advert driven crap fishing mags we have to put with, it looks and feels different too.  Well done to Rob Shallcroft and Martin Mumby for pulling it together and good luck!  More details about CATCH CULT to come...

Fishing...  I  found myself with a couple of days to spare and couldn't resist the pull of the marshy wilderness, for once the weather was mild and dry too.  Actually with decent westerly winds it was pretty good fishing conditions.  Things didn't go to plan, when do they?  It didn't matter though, I had a fantastic time in my comfortable boat, floating around the most glorious place in the east.  The fish made me work hard but this always makes it sweeter in the end.  Life will allow me one more visit before the season ends and I can't wait to get back. 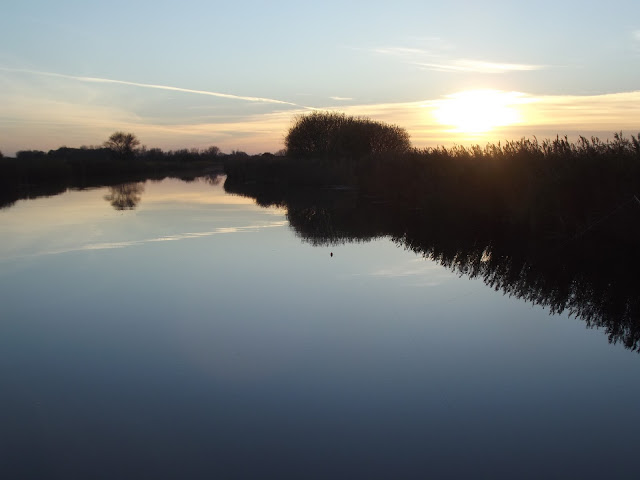 Posted by Michael Hastings at 14:30 No comments:

Fishing lately has entailed two days in the boat.  The first in the company of Mr B, who has been catching big Pike for longer than I’ve been alive and has shared boats with legends.  I first met him nearly thirty years ago but it’s only been the last few when our paths have crossed more regularly and this was the first time we’d fished together.  We survived a near calamity at the boat yard and later a hook in the hand incident.  We also endured a day of darkness, gloom and drizzle, yet another time this winter when the sun hasn’t shown its face.  We had a day of constant chat, Pikey tails from through the years to brighten a dull, gloomy atmosphere.  We also found a few Pike, Mr B started with two fish to low doubles, I equalised with a pair of jacks in quick time then Mr B pulled away with two more small fish before the end.  It was a nice day and we’ll do it again sometime.

A few days later I was back again with my Nephew Josh, the unluckiest Pike angler around.  The weather was an improvement with occasional glimpses of blue sky along with the light rain which always seems to make an appearance when we fish together.  We set off in good spirits and with a few clues to where the Pike might be, confidence was high.  This was one of those frustrating days where we found Pike but struggled to actually boat any.  Every time we dropped the weights down we got at least a take but every time the fish dropped the bait before we could set the hooks.  This happened three times before Josh at last managed to put a proper curve in his rod, just as I was reaching for the net his cursed luck stuck again.  The fish thrashed on the surface and threw the hooks. 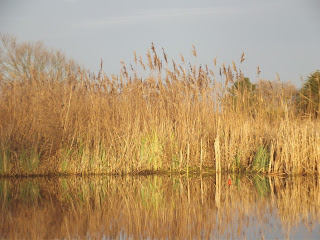 We moved around and kept finding Pike but they were still dropping the baits, even after a slamming take to a float-trolled bait was spat before Josh had taken up the slack.  So why were the fish dropping the bait?  I’m not going to blame the set ups or baits as they were exactly the same as had worked earlier in the week.  Some stretches of this water get a bit of pressure bit I don’t think it’s enough to make Pike all over this water react the same way.  Some days you just have to accept that the Pike just don’t really want it.  Eventually I managed to hook a fish and succeeded in bringing it alongside the boat where I easily nicked the hook out with the pliers.  I’d been lucky to land this one, just the bottom double had been nicked in the scissors.

Would you believe we actually saw the sun today?  Late in the afternoon it dipped below the clouds and was bright enough to have me reaching in the bag for my sunglasses.  We rowed back, float trolling again, trying to break Josh’s jinx but it was not to be.  We’d laughed loads today and my nephew enjoys the fishing whatever and it’s only a matter of time…

I’ve had a very enjoyable midwinter period and have managed to catch loads of Pike for a change.  It’s also been a long time since I’ve done much social Pike fishing, for the last few weeks all my Piking has been shared with another angler and it’s been really good fun.  However it’s time for a change, I’m starting to get the urge for something different yet familiar.  As enjoyable as this fishing has been it doesn’t get the juices flowing and doesn’t keep me awake at night.  I don’t find myself drifting off into mad thoughts and theories about where to find a monster.  I’m missing the special place and I’m missing my bigger, much more comfortable boat!
Posted by Michael Hastings at 13:13 No comments: