My last fishing trip involved getting up at 0415, meeting a mate at 0500 then driving for 75 minutes.  Half an hour to get the boat away then another half hour on the engine sees us finally fishing and settled with a brew at around 0730.  We go through this torture knowing that our chances of catching a Pike are very slim even on a good day.  On my last trip the weather was clear, bright and very cold which is the kiss of death on this shallow water.  That was actually an improvement on the trip before that, when we had to break ice to get to our destination and break it again to get back to the slipway. 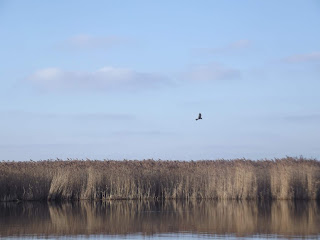 I spend a lot of time fishing hard waters, for all species including Pike, why do I do it?  Well it's not total masochism, I actually enjoy it...  Actually I think that might be masochism defined.  As I've said countless times in my witterings, I enjoy spending time in the beautiful places I choose to fish, being there is almost motivation enough.  I enjoy the company of a like minded angler with a sense of humour as warped as my own.  I enjoy watching the wildlife which is more evident in winter when there are fewer places to hide.  I also crave the anticipation; hard waters are big fish waters.  If my float slips away it could be the fish of my dreams...  It's all about the mindset, I know what I've gotten myself into, I know what to expect and I know I'll enjoy myself regardless. 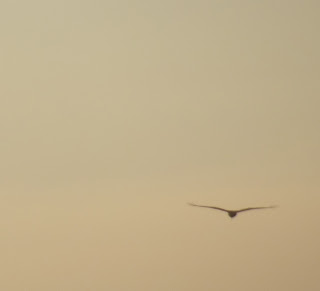 It also helps that between trips to hard waters I am able to fish a few that are much more prolific and which I suppose are more interesting to read about...

I know its January and it’s meant to be cold but that doesn’t mean I have to like it.  Looking at the forecast over the weekend and it’s set to be cold all this week, today looked like being one of the better days so I made preparations to fish while I still can.  I was up early but not silly early, the drive was a cruise with 'Fucked up' blasting out of the stereo, I was afloat before the sun came up and fishing by 0725.  I started off near a row of trees with the usual three deadbait rods, for some reason I didn’t bring the lure tackle?  The morning was cold with ice in the margins in places.  The sun rose into a clear sky and the wind was from the south and moderate. 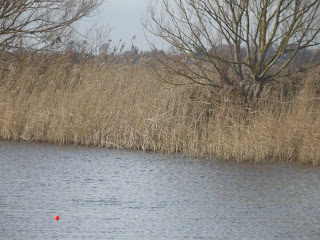 I didn’t have long to wait today, a smelt cast to the overhang was picked up within ten minutes and I was soon unhooking a Pike of around five pounds beside the boat.  Twenty minutes later the same rod went again and I had another similar sized fish.  I was hardly settled when the smelt was taken for a third time and I bent into a heavier fish, unfortunately it came off and I wound in to find the hook point had turned over, bugger!!  I had a fourth take on smelt at 0820 but this time managed to strike into thin air.  A few minutes later a mackerel cast along the reedline was on the move but the bait was dropped before I wound down.  Dropped or missed takes are a feature on this water, it is prolific and there are plenty of small fish.

It seemed like there were a few fish in the area so I was loathe to move but an hour passed and I was beginning to tidy the boat when I had a sixth take, this time on Herring.  This time everything went to plan and I had a decent fish pulling back and boiling the water in front of me.  This was definitely a landing net job and the Pike looked like being my best from the water this season so I brought it aboard for weighing and a photo.  I guessed it at around sixteen pounds but it was a fat fish that took the scales round to eighteen, nice one!!  I gave this swim another twenty minutes by which time I had itchy feet and had to move.  By now cloud was beginning to build but it was still sunglasses bright.
I had an hour fishing a deeper area without incident then decided on a whim on a long row to a shallow area which had produced both times I’d ventured down there this season.  It didn’t let me down today either with a fish of around seven pounds on Mackerel at 1150.  A gave it a while longer then started making my way back to base.  A stop at a 'shit or bust' area didn’t produce anything – what is it about this spot?  It’s been poor for the last couple of years, at least I got to watch a Hen Harrier coursing over the fields.  I forgot to mention that when I moved I float trolled a deadbait between swims 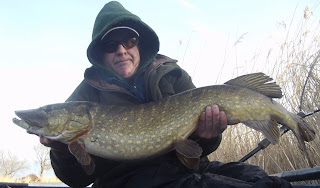 At 1315 I set up on a slight bend, ironically after the trolling my next take came when I slowly retrieved a smelt, this was another decent fish which I guessed at about twelve pounds.   The afternoon was cloudy but still much brighter than the dull gloom we had for the first couple of weeks of the year.  I had another take in this swim which resulted in a jack on Mackerel then moved once more, back up to deeper water again.  Despite feeling confident and despite fishy signs (carp flattening the waves?) I didn’t get anything here.  At 1530 I had a decision, do I make one more move or do I get off the water and on the road before rush hour?  I decided to go home but trolled back to the boatyard without incident.  In the end I had 9 takes in 8.5 hours and landed six Pike, two doubles to 18.00 and thoroughly enjoyed myself.  However this is quick fix fishing and it doesn't excite me anywhere near as much as fishing for whackers on a hard water.  If I had to choose one or the other then it would be an easy decision. 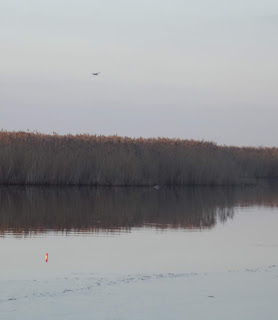